E3 this month so not many video game  releases, but the rest of the entertainment industry does not slow down.

Another Warhammer game you say? Well by Thundera, this is supposed to be a GOOD ONE. Plays like Diablo 3, and set in The Old World, I will be snapping this one up.

Are you sensing a theme yet, this month? This is the boxed release of Vermintide 2. Loved the first one, and this is meant to be even better. Stunned that there are two GOOD Warhammer releases?

So is this the first Disney X-Men film, or the last Fox one? Answers on a postcard please. Anyway it’s an X-Men film, that ends the current continuity that began with X-Men Origins. Worth a watch.

I was surprised to see this as you are right now. More Samuel Jackson, is always a good thing, so that’s why this makes the list. Also the opening tune, is pretty damn cool.

Toy Story 3 ended perfectly and I’m still torn about this film. Is it needed or wanted? Probably not-but will I still go and see it-definitely.

Tommy and Will are gone, and Thor and Valkyrie are in. The trailer reminds me of the comedy of the first film, and Chris Hemsworth and Tessa Thompson certainly have a good chemistry so this could be a lot of fun.

For all those who don’t have Amazon Prime, this comes out on Blu-ray. This series starts off really well, and then rushes towards the end. It’s a well made, enjoyable series. If you love your spy thriller and love Jack Ryan, then you’ll enjoy this.

I know, I know this came out last month, but this film is so good that it deserves all the publicity and praise it gets. This is not your Michael Bay Transformers; this is a heartfelt, story driven film, in the vein of E.T. Yes, I wrote story in connection with a Transformers film;this has loads of it, and the actors are great-loved John Cena in this.

Finally after 10 years we get closure to one of the best TV shows, out there. Whether you love westerns, good drama or just want to see Ian Mcshane being brilliant (again) then watch this. Even my wife is looking forward to this-and that is high praise.

People keep telling me to watch this-but I just haven’t found the time, so since there are so many of you, that says this is brilliant, it makes the list.

Another one I have on the list, but need to find the time for. This continues the series based on  Margaret Atwood’s dystopian novel.

Normandy ’44: D-Day and the Epic 77 battle for France by James Holland, 4th June

On the 75th Anniversary of D-Day, this book attempts to uncover the fog on the various other aspects of D-Day, and offer a new perspective. A good way to learn more about D-Day as we remember it.

I backed this on Kickstarter, and it’s a great book. So this month all you lovely retro gamers can get your hands on this book. Published by Bitmap books, it’s a wonderful, detailed guide about the classic Master System.

I’ve played the first game in the series, and enjoyed it. This game is now set in North America, which I do enjoy. So if the game play can match the other two in the series then this will be another great game.

The main focus of this game is to build your civilisation up, however the twist is that your civilisation is under threat from giant titans, and you have to make preparations for the inevitable attack. The artwork looks stunning.

Warhammer Release of the Month: 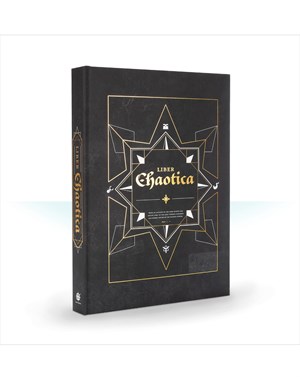 This is the hardback edition that explores the Chaos gods . It collects, the four different volumes that were published a few years ago and adds, a new chapter. It features stunning artwork throughout, and is a great way to learn more about the evil that threatens The Old World.

Hope you find something you, enjoy this month.