In a tense courtroom scene in the 1992 film A Few Good Men Col. Nathan Jessup yells the iconic line “You can’t handle the truth!” at Lt. Daniel Kaffee during intense questioning about the events that lead to a marine’s death on a naval base.

While Veritas doesn’t literally yell that line at you it certainly tries to obfuscate the story by presenting a lot more questions than answers.

Veritas is a point and click puzzle game set in a seemingly empty research facility. You are there after having volunteered to take part in a study conducted by Veritas Industries, but you can’t remember what happened the day before. You awake in a cell with your first goal to be escape the room. The puzzles range from tile puzzles to code breaking, with some progression reliant on using picked up objects (sometimes combined with each other). None of the puzzles I played felt obtuse or illogical in their solution. 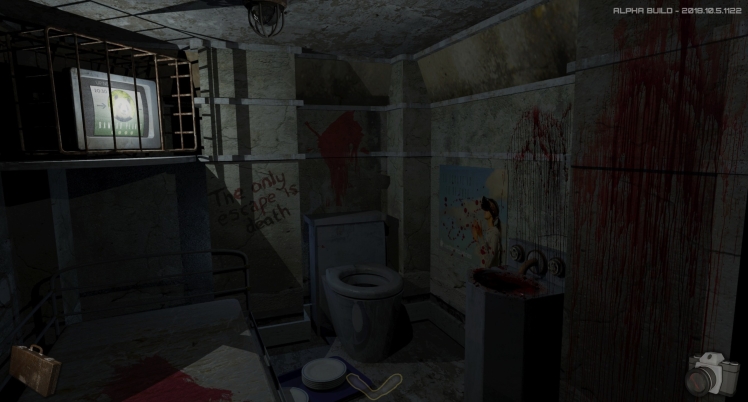 While the scenes are semi-static the attention to detail in each of them is wonderful. This is not a clinically clean facility with high standards of cleanliness as the recently vacated rooms are strewn with rubbish, graffiti, blood smears and puddles, and a surprising amount of useful objects. One of the useful objects you find is a camera with which you can take in game pictures of potential clues, and then browse your shots whenever you want/need which is an excellent game feature that (nearly in my case) allows you dispense with having a pen and paper close by. While you are searching for clues to aid your progress you will also come across diaries and medical notes (and the occasional mad rambling etched or finger painted on the wall) that fill in some of the back story of the game. You can also visit the Veritas Industries website here: www.veritasindustries.co.uk to gain more of an insight into the company behind the research (they may be in some organisational crisis though as their Freephone number is no longer registered). 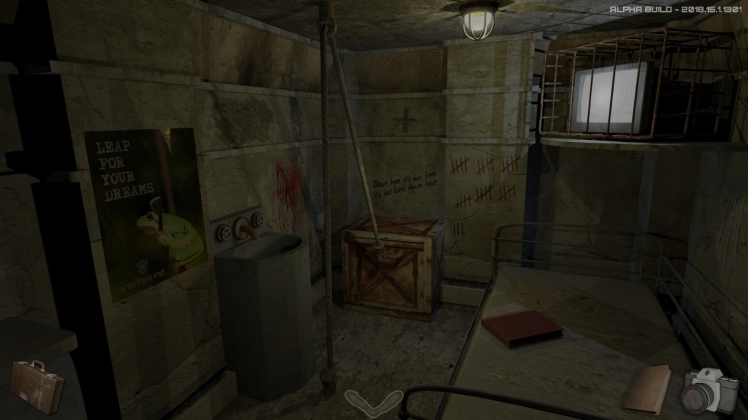 From just playing the alpha build I am very excited about getting to play more of the game in the future. I want to solve more of the well constructed puzzles, I want to explore more of the environment, and I want to find out more about what Veritas Industries are up to.

The developers of Veritas are Glitch Games. They are a micro studio that already have a number of adventure games in their back catalogue and the impressive statistic that 1 in 3 of the team have a BAFTA award. You can find their website here: https://www.glitchgames.co.uk//

I’ve been playing an alpha build on both PC and Android which comprises the first two chapters and the game plays identically on each platform. The game will also be available for OSX and iOS when it’s released later in 2018.