Justin Kauer is an indie developer from America, working on his first full game, Warriors of Ari.

Tell us a bit more about yourself Justin

Well, I’m from a small town in Blackfoot, Idaho. I’ve always liked the basic platformer games like Mario and all that stuff so that kinda, I always wanted to be a game developer, like that was my dream so I just learned to program and took off with it. I didn’t really have a good computer to start with, but now, you know, I’m growing so, yeah. I mean it was basically I just started with a broken laptop and here I am now making a game and I got almost 18,000 followers on Twitter.

How did you get into coding? You say on your website that you used to mods and things in other games.

Yeah, at first I started modding games. My dad used to do that. He figured out how to mod the games and I sort of asked him and he showed me how to use image editors to change the textures of weapons, item, characters and vehicles in the games and he also showed me how to use sound editors to make sound mods. He had a CD. It had like this collection of these public domain sound effects and we had fun with it. There was this game called Joint Operations. It’s basically like Call of Duty, it had co-op play and everything, and you could drive vehicles in it and it was really fun and he did sound mods so it would make these cartoon sounds. So when it would bump into things it kind of sounds springy and it was, we had a fun time with that.

What are you currently working on?

Well my first project is called Warriors of Ari. I didn’t have a name for it yet, like, when I started. I was going to name it something like Kung-Fu Cat or Kung-Fu Kitties, or Fists of Furry, but I just came up with the name and so for those of you who don’t know what Warriors of Ari is it’s a smash and run platformer game about herois cats from a society called the Warriors of Ari. They practice the ancient arts and this art, it allows these felines to do the impossible. They can cast fire from thin air, harness the power of lightning, run at miraculous speeds, telekinetically move objects, and teleport. All that fun stuff!

What are your influences on the game?

At first I’ve always been a Mario fan and after beating the first Mario game I was looking through the credits and stuff and if you remember Super Mario World the way they did the credits was they showed the developers names and then they’d show the enemies. They had all these little drawings of the enemies and I was always thinking, man, I wanna do that stuff when I grow up, just draw all these characters and make a video game so eventually I learned how to do it and I’m having a lot of fun with it.

Are you working on the game full time?

I try to work on it everyday for as long as I can but sometimes you know, I have a brain tumour here so I get sick from chemo and I get really bad headaches from the tumour but I have been making improvements on the treatment so that I hop I can get rid of the tumour completely so that I can get to my life but I do what I can but it’s difficult

Just as you’ve mentioned the tumour, how long have you had that?

I’ve had it for almost 8 years. This particular type of tumour your supposed to take medication and its supposed to shrink but that hasn’t worked for me so the doctors have labelled it aggressive and that means that it keeps growing back. I’ve had surgery on it twice and the second time they couldn’t completely remove it so I had to go through radiation therapy and that hasn’t worked so now I’m going through chemo, a kind of experimental one as they haven’t used this type of chemo to treat my tumour. We’re waiting to see and so far the results look good but I still have to wait months on it to know for sure

Whenever you are working on the game between your treatments what is the main goal, aside from releasing it?

I plan to get the game released on Steam and right now it’s at an early access stage. Players can get it on GameJolt and I’ve had hundreds of people play it which was kind of exciting. I plan to monetise with the game hopefully if I can get enough money raised I’m planning on releasing it on other platforms like Mac and Linux. I have other ideas for games so I just want to see if this first project really if I can get a lot of people into playing it cause I just have other ideas for games and even plan on doing some games like charity games. I kind of want to make a game and the money from that particular game goes to a certain charity for like cancer research and stuff like that

As weird as it sounds, like I said earlier, I started with a broken laptop. The hinge broke and I couldn’t find anything to replace it with but I really wanted to work on this game and so I finally just snapped the hinges off and velcroed the screen to a aluminium case and then I put the base of the laptop on the other side of the case and I got, I was going through radiation therapy at the time, but I had opportunities to do some freelancing work, work on the internet. I worked as a transcriptionist, a content writer, data entry and I even drew some art for other people I saw on twitter that would pay me to do it. With that money I was able to set up a website and get the premium features of the software I’ve been using to develop my game so now I’m able to publish Warriors of Ari  and it’s GameJolt right now. So basically I did some freelancing work to get the game going, but now I have enough money to have got a desktop computer and I’m working with 2 monitors now and the 2nd one is other one off my laptop that I’ve velcroed onto an aluminum case so I was bale to find a board that would work with it so now I have 2 monitors and that’s kinda cool 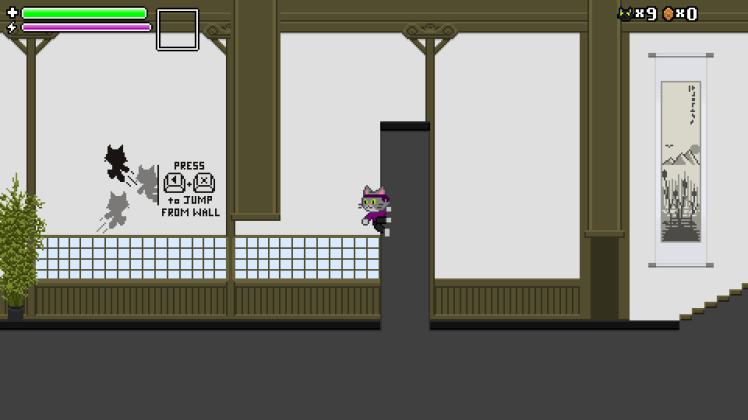 I see from your website that you have a little storefront setup selling various merchandise with different art printed on them including one for Warriors of Ari as well. Is that helping any with your financial situation?

Yeah, I kind of started that a few months ago. I was doing it as an experiment as I stumbled upon these online market places like RedBubble and Spreadshirt and basically these companies allow artists to upload their work to make print on demand products like t-shirts, phone cases , stickers, book bags and other accessories. So I just tried that as an experiment and I had some success with it. I had family and friends that have made purchases and other people on social media as well who were really interested in my game

With the game itself and its promotion, is that mostly done through social media?

Yeah. I have a Facebook and Twitter account, but I’ve got the most success on Twitter. I grew a lot of followers and reached out to people personally, and I’d follow them and say “Hey, thanks for the follow” and I check out their stuff. I’ve met Youtubers, gamers and other game developers and I’ve been able to talk with a lot of them and a lot of them have tried my game and I’ve tried some of their games and it’s just a fun experience.

Well as a multi-instrumentalist I started with a trumpet in the sixth grade and I wanted to get into other instruments so I played the guitar in middle school and I picked up the bass and I started picking up other instruments. I had the chance to play a ukelele a few months ago which I liked and the piano I’ve played a few times and I think I could pick it up really quickly if I had one. I really like playing musical instruments so I kind of want to do a to record some of my playing and put that into the game because I’ve had experience in, what was it?, music theory. I wrote some pieces when I was in band class, we had this program called, I think it was Finale Notepad, and you can basically write out sheet music, and so yeah I’m kind of working on everything in my game; I’m doing the graphics and programming and I also want to do the music. I have experience. I was in a jazz band, the trumpet player, and I would play solos that were improvised, and I wasn’t good at first but after a while I got the hang of it and it was pretty fun, and I just decided I wanted to write music and create a game, and so everything I like I’m putting it all into this project

How far away from finishing the project do you think you are?

Well two years ago I said it was going to be done in a couple of months so I don’t know, but I keep working on it. I keep telling everybody that all I have left to do is level design, bosses, and I wanted to make new enemies, but lately I’ve been working on UI and stuff. I think that stuff’s kind of important. I watched a video the other day, and I can’t remember who said it, but they were talking about how UI is really important because when you have some players play the game and they see a crappy UI they are not going to play it very long. They are not going to comment and say “this is bad UI” and they’ll not say if it’s good UI but you just want your game to look as good as it can so I’ve been working on that a lot

What programming software are you using?

I’m using software called Stencyl. I have a younger brother who was also interested in programming so I had him get started on Scratch which is what we played with in high school and we stumbled on Stencyl through their website. It makes it really easy to develop games and it’s got a UI kind of like Scratch, but it’s more advanced with more blocks and it’s all built for game development. It has export features for mobile devices like Android and iOS so eventually I want to get to working on mobile games as well.

How can people get in touch with you?

If anybody is interested just search for Warriors of Ari on GameJolt and give it a try. My Twitter handle is @kauergames and my website is http://www.kauergames.com