We all know that 2017 has been a phenomenal year of game releases, but in true Lapsed fashion we like to include anything that we played for the first time this year no matter when it was released. In saying that I surprised myself this year by having 6 games in my top ten that were actually released this year. So to round out my top ten (with the top 5 covered on the LGR GOTY shows) here are my numbers 6-10 of my GOTY list

The mobile markets are saturated with games ranging from mediocre to “Oh my god! Why did I install this crap?” levels of terrible. It can be very hard to find the cream as it isn’t always allowed to float to the top. Love You to Bits was one of those games that I found purely by chance from seeing a retweet from somebody extolling how good it was, and I am very glad that I followed up on it because it is a fantastic game.

It is a point and click adventure game that takes you all over the universe as you help the tiny human explorer find the pieces of their destroyed robot girlfriend. What makes it great it the charm that has went into the design of the game with each “level” looking completely unique eg. From a small planet experiencing all 4 seasons at once to trying to gain access to, and then interacting with NPCs inside, a robot nightclub. Absolutely worth your time

Oxenfree tells the story of a group of teenagers who go camping on an island during spring break, but not all is at it seems…

Yes there is a story of paranormal/alien ongoings happening as the main driver for the narrative for Oxenfree, but what makes this more than just a run of the mill point and click adventure game is the interactions and conversations that you get to have with the other characters in the group. The walking and talking approach to this style of game feels like massively refreshing and takes a lot of the feel of repetition out of the fetch quests that are required.

How much you enjoy the game does depend on your tolerance for teenage conversations, but this is well worth checking out. 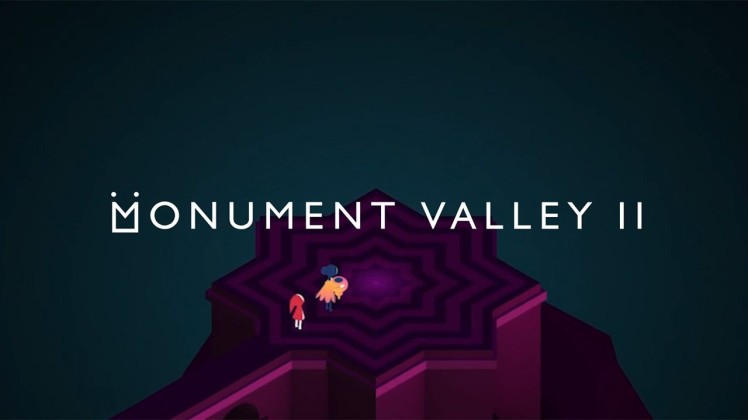 Surprisingly Monument Valley 2 is the only direct sequel on GOTY list. That probably says more about my taste in games than it does about the quality of sequels released during the year.

For anybody unaware of Monument Valley and its sequel it is best described as and Escher inspired puzzle game that has you moving parts of the scenery to allow the on-screen characters to move to switches or doors to progress to the next stage.

Monument Valley 2 carries on the narrative of the first game and adds to the puzzle solving by having two characters on screen at once who both need to reach the exit(s) to progress. The puzzles are sublimely designed, the soundtrack is beautiful and the touch screen controls work perfectly. A fantastic game that should appeal to everyone.

Stories Untold is definitely an oddity when it comes to modern gaming as it is an anthology collection of 4 story situations that are drawn together in the final act. Each of the stories is also played out in a different style with the 1st being that of an old school text adventure (with a mocked up retro computer on the screen), to a arctic communications station whose scenario feels so reminiscent of The Thing. The payoff at the end of the game is suitably mind blowing, but pulls all the threads together in a satisfying conclusion. I’d love to see more developers take more approaches like this to games

Journey is a beautiful game and an enjoyable adventure so why is it only at my number 10? Simple. This year I played both Journey and Abzu and enjoyed Abzu a lot more. That’s not to say that Journey doesn’t deserve the critical acclaim that it has received as it is definitely a game that everybody should play through at least once. The story, for what it is, is told wordlessly as you traverse through a variety of locations to reach the ultimate goal of the Mountain (it deserves a capital M) that looms ahead of you. What also makes Journey interesting (and is maybe the one flaw I would level at Abzu) is that along your journey there is a chance that you could be joined by another player. While you cannot explicitly communicate with these players, and there are no additional co-op goals, it gives a sense of camaraderie and shared goal to the game which helps to give a sense of others in the either empty or sometimes inhospitable environments.

One other point to make is that the music in both Journey and Abzu was composed and orchestrated by Austin Wintory. The soundtracks are lush and thematically constant with an emotional quality that underpins everything that you experience in the games. Both games would be much lesser without their respective soundtracks