The Nintendo Switch has been out for about 7 months now and I thought I would write up about my first 7 months with this console. For me personally this has been a very fun journey, not to spoil the coming content, but because this is the first Nintendo console I have owned since the Wii (although I do have a 2DS, but I just not use it as much as I should). Anyway here are my thoughts which I am breaking down into a few sections.

As you have heard from the LGR crew many times we love the hardware and Nintendo have really hit the nail on the head with this one. My personal set up the dock is set up behind the TV and it’s there ready when I want to play it on my TV when I need it. When I am round the house or my wife is watching something random on TV then I just undock it and off we go continuing exactly where I just left off. The massive win for me is that the Switch is portable, you can’t beat picking up the console then playing in handheld or desktop mode with pretty much identical graphics. I have done some travelling this year and I have taken my Switch with me and the experience has been great. Granted the battery only lasts about 4 hours depending on what you are playing however I knew about this from the start so I have my battery pack on standby which isn’t a problem at all. I met with Cev and Stu at EGX in September and both myself and Cev had our Switches with us and it was great just been able to play Mario Kart there and then and pass the Joy Con’s off to our friends and get playing it was literally as simple as that to get in to our own game and get racing.

Although a small section I have managed to pick up a few bits for the my Switch to make the ride a lot smoother. I have the pro controller which is awesome and worth every penny. I have also picked up a better stand (the inbuilt stand is good however you can’t change the angle etc) so I picked one up that was compact but does the trick. Then just the standard memory card, case and battery. Also a few amiibos which I talk about later on.

I have managed to buy a fair few of the games. I got Zelda with my Switch and since I have picked up Mario Kart 8 Deluxe, Splatoon 2, 1 2 Switch, Stardew Valley and a couple of other indy games. So far I am very impressed with the graphics, and while the dock gives a slight boost, the games look great on the little screen and then even better when on the TV. Zelda has been talked to death, but I do love the game. The only negative point for me would be that due it being so open it can be a little overwhelming other than that it’s fantastic and it’s got me into getting amiibos. Mario Kart is always great and it’s nice playing that and having such a good laugh online, even more so when we get Colm from Last Save Loaded on. The same can also be said for Splatoon 2. With Splatoon 2 the game just works and works really well, my only regret is that I don’t get to play it enough. 1 2 Switch is ok but only if you have a few family and friends about so I don’t play it too much. Stardew Valley finally made it’s way to the Switch in October and I am loving it, it’s the perfect game for the Switch because you can play it in chunks and it looks awesome in handheld mode. I just need to get my head around how to make money etc, but I have been waiting for the game since Mark raved about it so much on our podcast and I just waited for the Switch version. As I am writing this Mario Odyssey has just arrived and I have managed to play a sneaky 30 min on my lunch and it seems good so far. Not much more I can say yet having not even finished the tutorial. 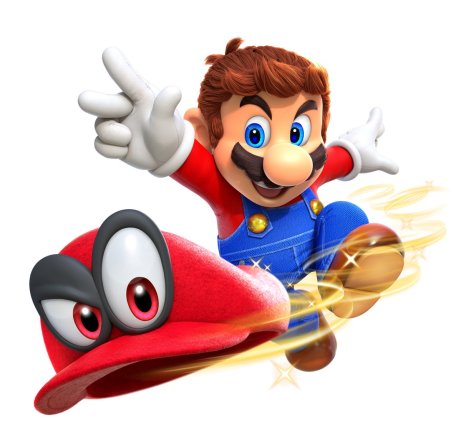 As you can probably tell I am loving my little Switch and I think its safe to say that my wife doesn’t regret the decision to buy this either, and when she is glued to the Xbox playing Witcher then I just undock the Switch. Before buying the Switch I didn’t care very much for amiibos but now I am in to them and joined the rest of the disappointed fans in not enough been made or vendors trying to over price them.

One of the biggest suprises for me came at EGX where so many indy dev’s were showing off their games on the Switch and it worked so well that they could either hold the screen or prop it up and we could play the game while waiting to play another one. Such an awesome idea and the Switch allows that to work.

I am really looking forward to seeing what the next year holds for the Switch because its first 7 or so months of release have been great. Although my wallet isn’t thanking me too much for it.