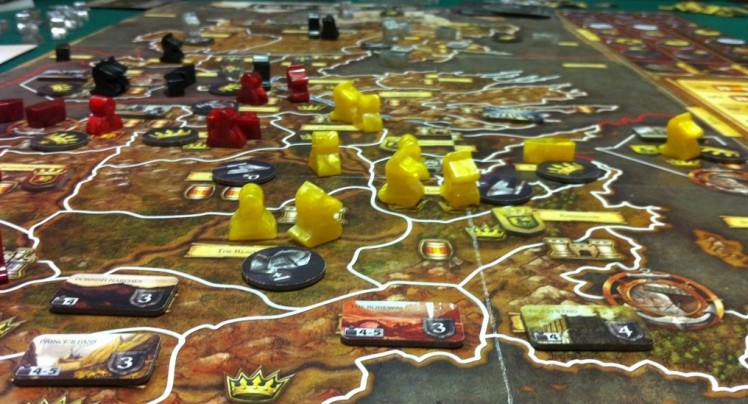 As many of you who listen to the podcast know myself and Andy both play board games, and while we haven’t had the opportunity to play together yet I am sure our time will come. I try to have a board game night with a group of friends at least once a month where we will try a new game, or one we have played before and liked. A few games I have played to date are Dead Of Winter, Pandemic, X-Com, Assassins Creed and few others.

Let’s get on with the review on the Game Of Thrones board game I played recently.

More information can be found here at board game geek. 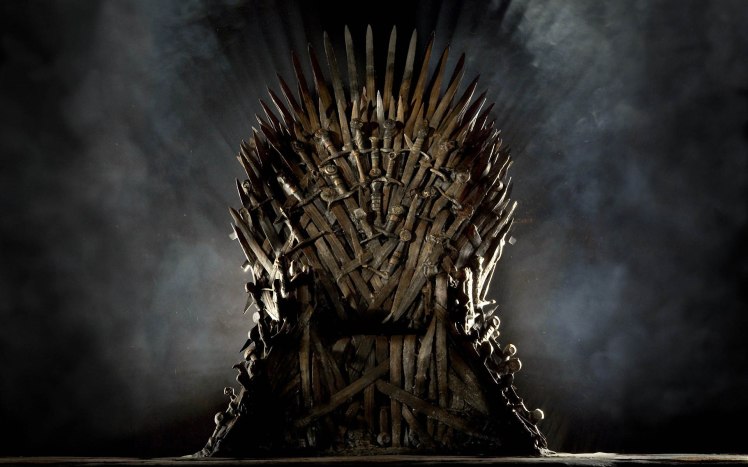 The Game Of Thrones board game is very similar to the show in the sense that you are all fighting to take over as many territories as you can. There is an instant winner once one person gets to 7 castles or strong holds combined. There are other areas on the map which you can also capture and these hold a different value such as resources or a crown, which is needed to consolidate power which gives you order tokens.

At the start of the game each person playing picks a house (we did this at random). Each house has a set of actions cards as well game tokens and a starter army. Each house also has a starting area and a castle/strong hold as their starting point, as well as an army consising of 1 x ship, 2 x foot solders and 1 x knight. You can grow your army at various stages of the game and you can also gain a siege tower.

There are also 3 roles in the game too, the Iron Throne, Valyrian Steel Blade and a Messenger Raven. Anyone person can hold one, or all of these at any one time and they all have different abilities:

Iron Throne – The person who is on the Iron Throne has the power to resolve any draws apart from in combat. So if you are on the Iron Throne and there is a bid for the Valyrian Steel Blade and two people bid the same amount you pick who wins even if that person is you.

Messenger Raven – This is an interesting ability which can pay off in the long run. The holder of the raven once a turn can either change one of their order tokens once they have been revealed or they can check the top card of the Wildlings deck.

Valyrian Steel Blade – The person who has this gets 1 extra attack point in combat which can only be used in one battle and once per round. Depending on where you rank from this depends on how a draw is decided. So if I was attacking another player and we both draw but either person has the sword it goes to who ever ranks the highest.

Each round consists of: the Westeros Phase, planning phase and action phase which is done in round. The Westeros phase has 3 separate decks of cards to it, 1, 2 & 3. You turn one of each card over and action these in turn. Each card can have something different on them which effects everyone in the game. You might be able to muster up so you can gain more troops to your cause, however sometimes the card will state that whoever is on the Iron Throne has to decide if this action happens or not. If they choose no then no one else gets any troops. If a card has a Wildlings symbol on it then that nudges up the Wildlings token. When a card is shown that Wildlings are attacking the number the Wildlings token is on is the amount of power tokens everyone has to give between them to complete that section. 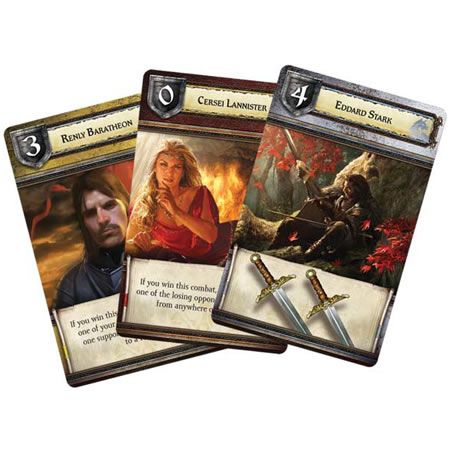 With some background to the game out of the way this game may seem complicated, but it is really really goo once you all understand the rules and what each token does (which took us about 3 rounds). There is a lot of tension in the game because you all put your tokens on the board, but face down so you need to commit if you you are going to attack, defend, support, raid or consolidate power. While you are placing your tokens on the board you are wondering what the people around you are going to do. At the start of the game there is a fair amount of free areas around you so you can attack into these areas for free or you can take out a castle which has a small amount of attack, however if another play has the same idea and their turn is first then you will have to attack them which completely changes things.

On the first game I played I was the Lanisters and I was right in the middle of the map. After a few rounds I had control of the map from east to west so in effect I had a border and the option if the card was drawn to muster up to have a very large army. When this card was drawn I had that many resources I went off the scale with the number of armies I could have. Myself and my mate forged an alliance and I held off two players to the north while he conquered the south to win the game. Before any of the other players worked out we had done this there was a few comical moments where my alliance partner had a bordering area to mine and someone tried to attack me with a sizeable army. My partner had put a support icon down and tripled the size of our army to hold off the attackers. 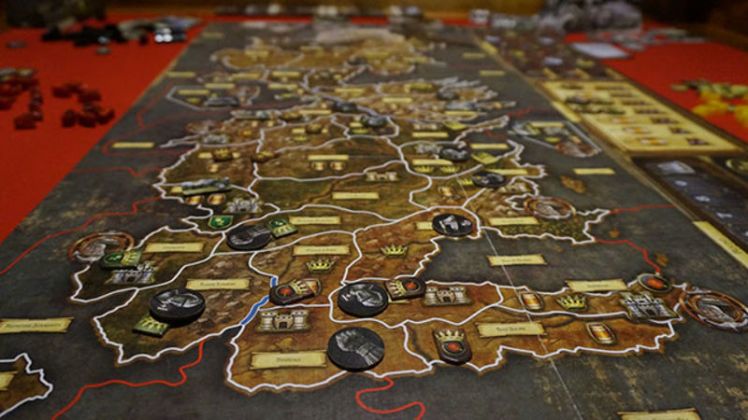 I can hear you saying why didn’t anyone else team up, the other army to the south was my wife (I didn’t team up with her as she was too far south for us to do anything about it plus would have been too obvious) and my other two mates to the north didn’t want to and the reason is obvious and funny at the same time. At the start of the game my friend whose game this was, although he was playing it for the first time, was on the Iron Throne for a number of rounds and making a lot of decisions on draws that screwed everyone over. He at no point made anything fair! If he wanted to attack someone and he had the power to punish them to make it easier for himself he chose this route. He was playing as the Greyjoy’s who are mainly water based so a lot of his combat bonuses were geared more toward this so he had to make ground combat a little easier. He used this tactic several times against the Starks to his north and Martell’s who made their way north to start helping out as well as attacking here. Due to how the Greyjoy’s were playing the game he made no friends at all and when someone else got the chance to get some of their own back it was done. The Starks and the Martell’s made an alliance to try to take down the Greyjoys, or at the least hinder his progress, and myself as Lanisters had partnered with the Baratheon’s to conquer it all.

As I have said above the game is great to play and like with any board game the first time you play it, it can take a few rounds to get into the rules of what you can and can’t do, but it was fantastic to play and I can’t wait to play it again. Knowing what I know now I might play the game a little different, but each house has a strength and a weakness which makes it very even. I would recommend this game to anyone who is interested in A Game of Thrones and has a strategical mind set. Bare in mind this game has a minimum of 4 players and it is recommended that you play with 6, but it was still fun playing with 5. The games are long and the first few times will be even longer while you are consulting the rule book.